Garrett Camp on his startup studio, its new $200M fund and what he makes of ‘Super Pumped’

When I first met Garrett Camp in March 2007 on a reporting assignment, it was at the San Francisco-based offices of StumbleUpon, a web-discovery tool that had registered more than 2 million users and drawn attention to Camp, the startup’s twenty-something-year-old founder. Seed funded with $1.5 million by storied angel Ram Shriram among others, StumbleUpon would go on to be acquired several months later by eBay for $75 million.

Then Camp’s career really took off.

Within two years, Camp had bought back StumbleUpon with a syndicate of investors (he later folded the outfit into a newer discovery app called Mix). Around that same time, in 2009, Camp began tinkering in earnest with his idea for an on-demand car service — one that famously became Uber and which made Camp, who still owned 4% of it when Uber went public in 2019, a multibillionaire.

Nearly all the while, Camp, a Calgary native who now lives primarily in Los Angeles, has churned out fresh company ideas. He can’t help himself, he suggests in a Zoom chat. Saying he recently realized he had “like, 3,500 notes” relating to company building in his iCloud account, he adds that “10% of those are ideas for new things — not all of them [that could be big companies] — but a solid 10” that could.

Thankfully for him, he has a venture studio to turn those ideas into a reality, and it seems to be ticking along quite nicely.

Expa, established in 2013, has already worked with founders to launch companies like the challenger banking service Current (valued last year at $2.2 billion); a back-office platform for the self-employed called Collective (it closed a $20 million Series A round last year); and an open source business intelligence tool called Metabase (it raised $30 million in Series B funding last year).

Several startups with ties to Expa have also been acquired, including Cmd (to Elastic), Kit (to Ro) and Reserve (to Resy, which was itself acquired by Amex).

Now Camp is doubling down on Expa. For starters, while it originally launched with $50 million to invest, then raised $100 million in 2016, it is today taking the wraps off a new $200 million fund, more than half of which is Camp’s own capital.

The rest is coming from multifamily offices like Iconiq and Epiq, individual family offices and wealthy investor friends. Among them is Shriram, who wrote one of the first checks to Google and remains on the board of Alphabet.

Expa — which already had offices in San Francisco, LA and New York — also just opened an office in London headed up by David Clark, who headed up external affairs at Uber for two years and more recently worked for Beacon, a London-based logistics startup founded by two other former Uber execs. (Beacon, with backing from Expa, raised $50 million in Series B funding last fall. Another Europe-based Expa deal is Wingcopter, a drone delivery company.)

Accordingly, Expa’s team is more substantial than ever. In addition to Camp, Expa is now run by five partners, including its sole managing partner, Roberto Sanabria, who first worked for Camp back at StumbleUpon after logging a handful of years at Google. Its newest partner is Yuri Namikawa, who joined the firm in 2020 as a principal from Norwest Venture Partners.

It could grow from here, given Camp’s personal resources — not to mention his track record. Though today Expa doesn’t take pension fund money or count any universities as limited partners, that could change down the road, says Camp.

It’s easy to imagine a lot of demand should Expa move in that direction. While it invests in its own ideas — Mix.com is an example, as is Aero, a luxury jet business that Camp sees as a huge opportunity — it also prides itself on working closely with founders with ideas it likes and wants to help along.

One example is Mos, a Series B-stage startup that serves as as kind of financial aid advisor for students. Mos founder Amira Yahyaoui “had the idea,” Camp says, but not much else. “We met over dinner through friends, and we hit it off, and I knew she’d be successful. But she was starting from day one, so we helped her a little bit in getting the branding and with products and fundraising advice. We didn’t start the company ourselves but we were a partner.”

Similarly, he says that Expa helped the digital freight network Convoy (now valued in the billions of dollars) at its most nascent stages, even buying a company for Convoy founder Dan Lewis, and giving him the domain name as a loan. (Camp says when Lewis raised Convoy’s first round, he paid Camp back. Camp explains that more generally, Expa helps with “branding, product design, early strategy, hiring, product-market fit, how to raise your first round — just basically navigating that first two years.”)

Of course, as impressive as Expa may appear, it still has plenty of competition as more funds spring up and heavy-hitters like Tiger move closer and closer to the company-formation stage.

Asked about this, Camp suggests that nothing is as valuable as investors who’ve founded companies. He argues that Expa’s particular advantage centers on the fact that its partners were founders very recently and, in some cases, run companies right now.

Besides, there are only so many firms whose founders can boast that they helped launch a company as transformative as Uber — a company that looms so large in popular culture that entire books have been written about it — not to mention that new Showtime anthology series centered on its famously dramatic rise.

Asked if Camp is still in touch with Travis Kalanick, who helped him co-found Uber and was its high-profile CEO until his ouster in 2017 — Camp sent the memo that let employees know he was out — he says it has “been a while.” He meanwhile notes that Kalanick is “doing pretty well” with his new company, CloudKitchens. (Asked if he is an investor in the outfit, which is reportedly valued right now at $15 billion, Camp says he is not.) 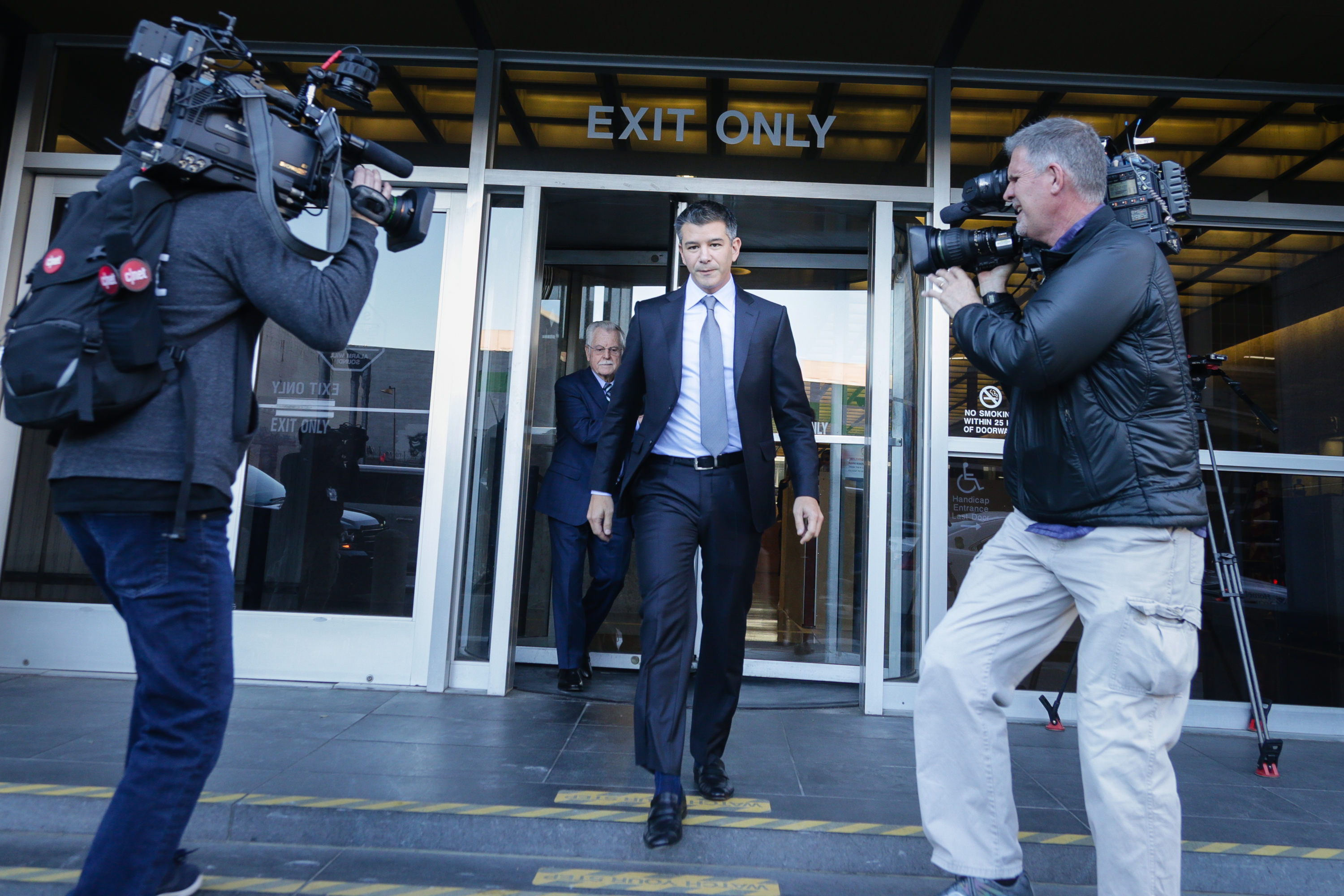 As for whether he has read those books, Camp — who sat on Uber’s board until 2020 but was never actively involved in running it — says he met with longtime business reporters Brad Stone and Adam Lashinsky about their respective books involving Uber and that he participated in them but did not read them. He adds that “there are one or two other [books] that I have not [read or participated in].” (New York Times reporter Mike Isaac authored the book “Super Pumped” on which the Showtime series is based.)

Regarding the TV show, Camp says he watched the first episode, calling it “just so inaccurate. The timing is off. They emphasize certain things so much,” including the swanky office where Uber is headquartered in the show. Camp acknowledges that Uber’s real-life headquarters in San Francisco — blocks from where the Golden State Warriors play — are pretty slick, but he notes the early days of the company were far less glamorous.

“I thought [the show] might be a little closer to ‘The Social Network’ where it was a little more accurate,” says Camp, who thinks he will “probably watch” more of the series. Maybe when he finds more time.

Right now, he’s still busy building his empire. Indeed, when I tell Camp that his trajectory since our initial sit-down sometimes blows my mind, he laughs. “I wasn’t expecting any of this either.”

Dream Hub Africa
Curating dreams within the African context and beyond one person at a time. Engineering Fundamentals and information for borderless and global leverage through transforming and impactful conversations.

Kaiyo gets $36M Series B for its second-hand furniture marketplace